Miso Soup {My Guest Post on Cooking With Michele}

Another exciting update on my job at Morimoto. Last night I worked grill for the first time, it was awesome! I am so excited to be moving up in the kitchen. Things went really smoothly luckily, but I do think that it wouldn’t have been as smooth if I didn’t have another grill cook, Kalani, there to help out. But, you got to start somewhere and I think that I will catch on quick. I didn’t even have anybody send back a steak for being cooked to the wrong temp, score! On the home cooking front, I am happy to announce that I am guest blogging today over at my own mom’s blog, Cooking With Michele. The menu? A flavorful, healthy Chicken Miso Soup. I know you are probably saying, “Miso soup doesn’t have chicken!” but you have to try it, it goes so well with it! 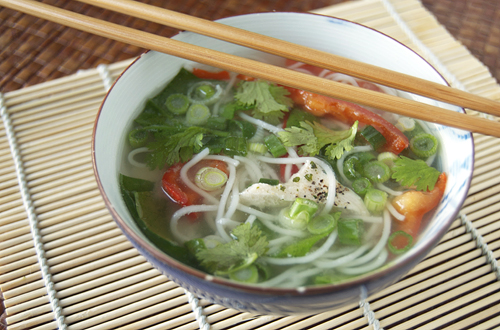 I don’t know about you, but here in Colorado it has been snowy, snowy, snowy. This past Tuesday was in the negatives in Boulder! With winter in full effect, I find myself constantly wanting soup. If this is how you feel as well, you are in luck! This week we have Rachel from My Naturally Frugal Family guest posting with us. She has a delicious, simple soup that you can whip up quickly for those cold nights. With that, please welcome Rachel: 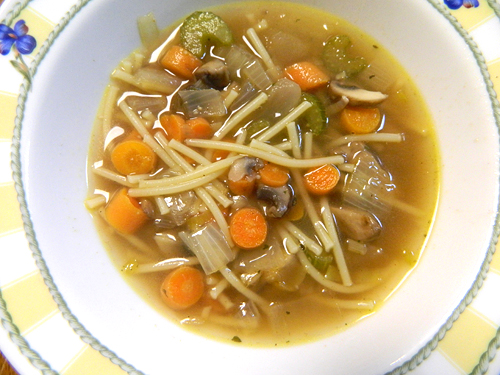 I feel like I need to apologize for this post if you don’t like zucchini or eggplant, but I just can’t seem to use it all up! It is seriously like the magical vegetable combination that just keeps returning after you take it out of your fridge. If you have partial zucchinis and eggplants leftover from other dishes, this is a great way to put them to use and eliminate wasting them. Once again, please bear with me; I have felt like I have eaten zucchini and/or eggplant for every meal (even at work!) for the last month! 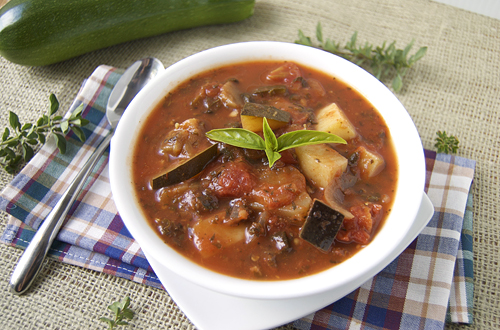 Along with the chips and salsa for my Foodbuzz 24×24, I made beer battered veggies tempura as an appetizer. Beer batters are great because the carbonation in the beer makes the batter puff up more when frying, which gives the veggies a fuller crunch. For these, I chose to use Modelo beer to keep the Mexican-type theme for the party. I fried asparagus, green beans, poblano peppers and zucchini (one of the first from our garden!). These are great served with guacamole or ranch dressing to dip. 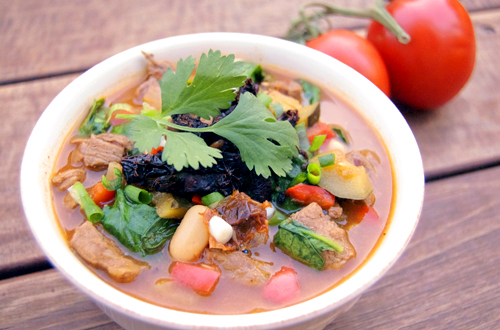