Until about two weeks ago I had always bought canned artichokes. My friend Kelcey and I decided to make a delicious vegetarian dish after planting our new garden and wanted fresh veggies for this recipe, so I decided I would buy fresh organic artichokes. Little did I know that trimming an artichoke is no easy task. We completely butchered two organic artichokes and ended up having to purchase canned ones in order to finish the dish. Another downfall to our dish was that we topped the bread with way too much cheese, which kept it from getting crispy and left us with a soggy bread topping… Not the most appealing. So here’s to round two! 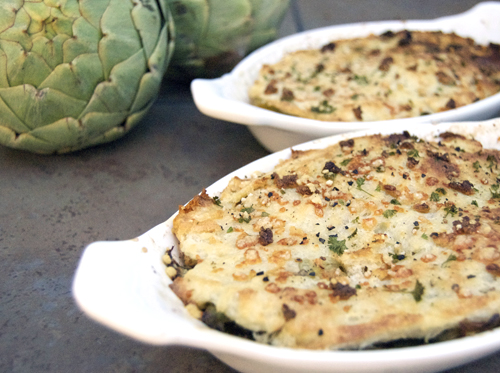 This week I was back for revenge. I was determined to learn the correct way to trim an artichoke and learn what you can and cannot eat from one. I also made sure to only sprinkle the top of the bread with a bit a cheese. I think that I got my redemption the second time around. This time the recipe turned out delicious and I didn’t end up having to use canned artichokes. Although I must say I had to go to three different grocery stores before I found one that carried celery root! If you are a fan of artichoke or would like to practice your trimming skills, this is definitely a recipe for you. 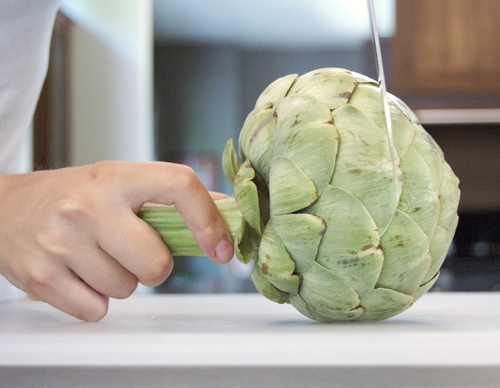 Where to cut when trimming your artichokes.

Peel off all outer leaves until you are left with only the soft yellower leaves, then spoon out the “choke”. 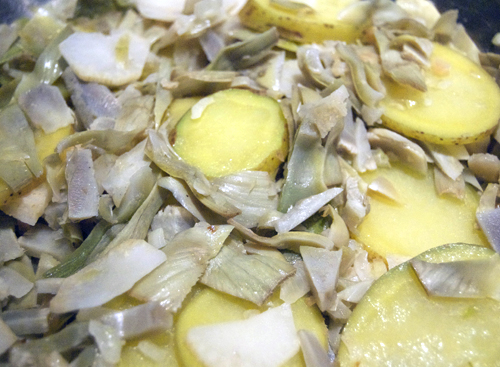 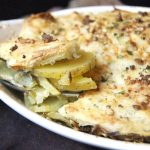 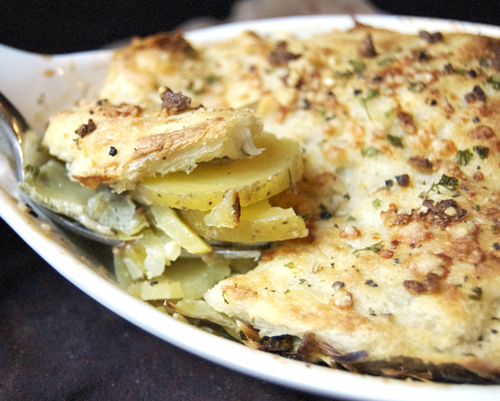