Mashed potatoes will never get old to me. As one of the three “vegetables” that I would eat as a kid, I ate them practically every day. At family dinners I would always mash my potatoes, peas and steak together; my mom called it my homemade shepherd’s pie, even though I would never have eaten a shepherd’s pie back then. I also remember the first time I had a double stuffed potato… in LOVE! My brother gave me a potato masher for my birthday, something I have wanted for ages!, so I have been back on my mashed potato game. These days I am interested in finding more unique combinations for my mashed potatoes. 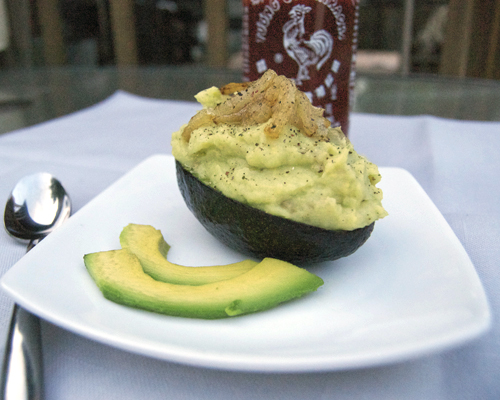 A few weeks ago, I realized I didn’t have any milk while making mashed potatoes. I needed something other than butter to make my potatoes rich and creamy, so I just grabbed the sour cream hoping it would work. It was one of the best discoveries I have had in a while. The sour cream gives a tiny kick to the potatoes before even adding anything else. To go along with the sour cream discovery, I decided to add avocado to make them kind of a Mexican mashed potato. Topped them off with caramelized onions and viola! So delicious, just be sure to make enough potatoes so that they don’t get too runny after adding the other ingredients. 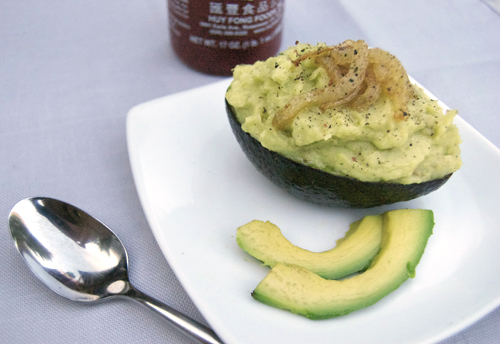