Being a part of the food blogging world is awesome; of course I am sure many of you already know that. Apart from meeting so many new people, great non-profits and soo much delicious food- I have found something ELSE! The Secret Recipe Club. No not like it’s a secret, because otherwise I wouldn’t be telling you about it. The secret recipe club works kind of like secret santa gifts; you get assigned a fellow blogger, then you have to re-create a recipe from their blog for a certain date. Check them out here, although I think there is a wait list to join now since so many people are wanting to participate. 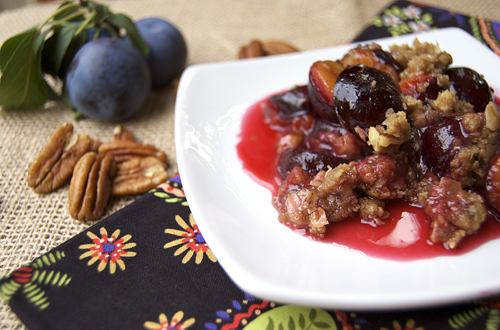 This month, my fellow foodie was Vivian, over at Let’s Try These. She had all sorts of tasty recipes to choose from, including an Irish Potato Pie and Orange Tian that I almost chose. I ended up choosing to remake her Strawberry Rhubarb Crunch recipe. My mom had tons of plums dragging her trees down out front, so I decided I would help relieve their pain by making a plum crisp for dinner with my grandparents and family. 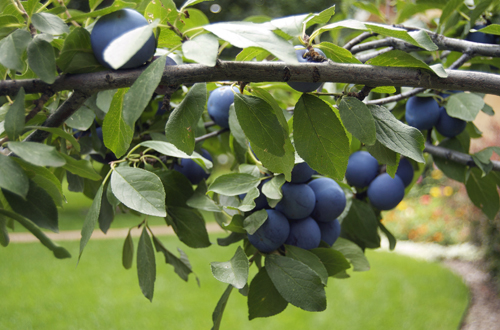 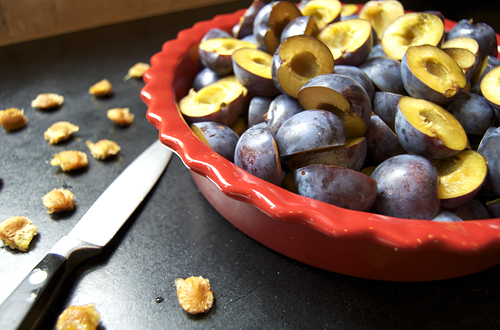 I didn’t add water to the plum recipe, like she did in hers, because the plums release a lot of liquid when cooking. I also added pecans to the topping for some extra crunch. Turned out delicious, thanks Vivian for the inspiration! 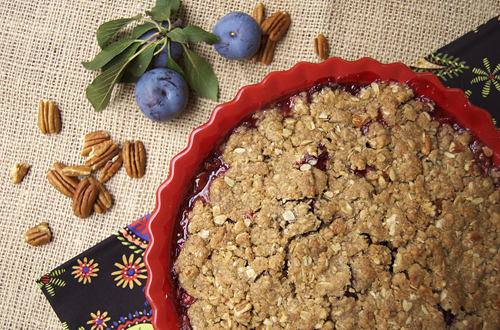 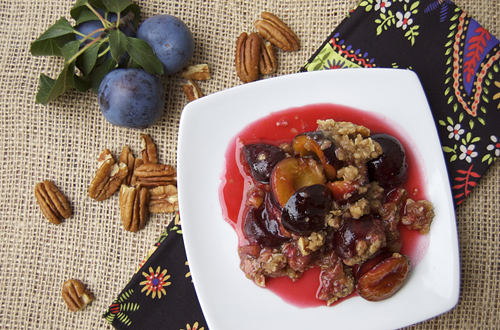