Once the sun begins to set and the cool air begins to blow in, I just can’t resist going outside. Grilling may seem miserable on a hot summer day sometimes, but it is perfect for cool summer evenings. I have definitely been noticing the temperature drop little by little in the last week. I think the heat of summer might finally be wearing down (I don’t want to jinx it though!). This week I was also lucky enough to receive a reserve kit of Muir Glen Organic Tomatoes to try out- see below for your chance to win one too! Muir Glen caught my eye when I heard that, unlike other canned tomatoes, their tomatoes are all taken from their vines to their cans within EIGHT hours! That is pretty impressive. 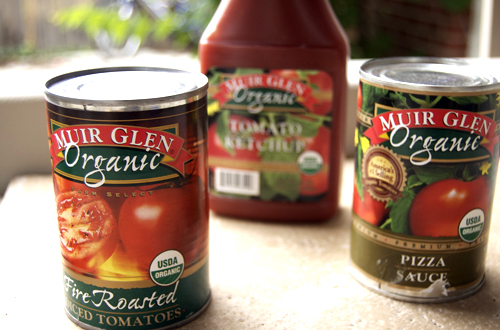 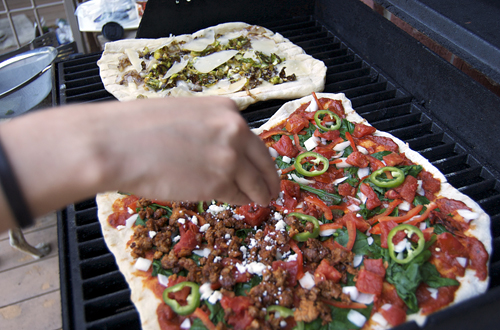 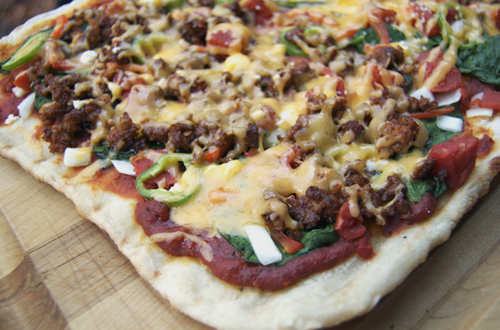 Of course, we had to make a veggie pizza for my other roommates as well. Kelcey and I came up with a brussels sprouts and caramelized onion pizza with a lemon olive oil sauce instead of tomato. We used a cheese called parrano, which is a blend of gouda and parmesan cheese. You can use gouda and parmesan separately if you can’t find this. Both pizzas were absolutely amazing; I am so happy to have new pizza ideas! 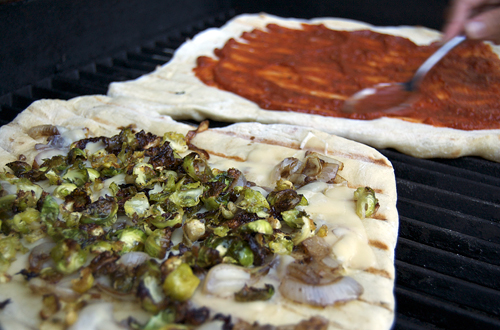 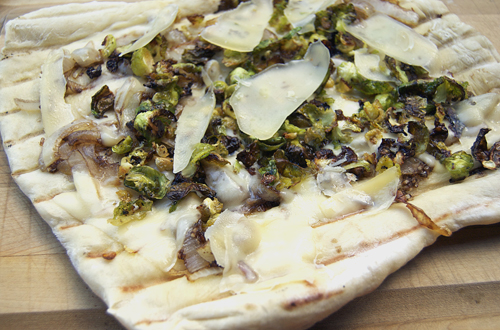 Ok so here is how this giveaway is going to work. I am going to give you multiple ways to enter of the course of one week. After the week is over, I will pick a random winner who will receive their own Reserve Kit from Muir Glen Organic Tomatoes! So how can you gain entries?

Leave a comment below letting me know when you have done one of the following (separate comments for each!):

I will pick a winner on Tuesday, August 22nd. Good luck!

Disclaimer: I received free Muir Glen products for this post.